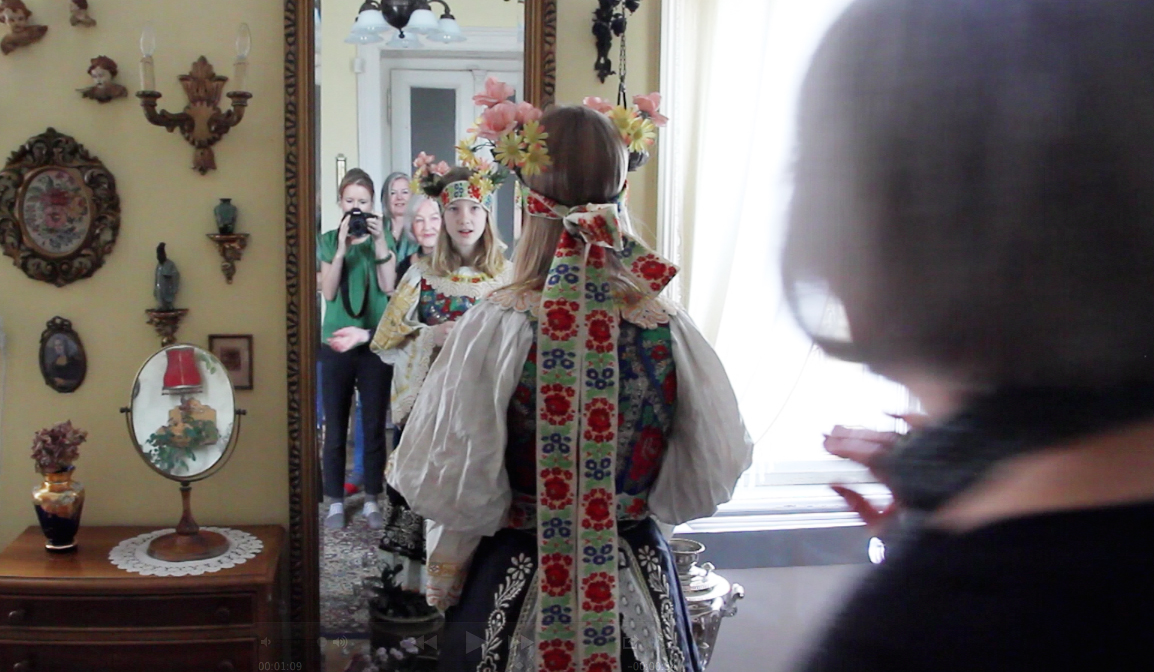 “This folk costume comes with its own story. It was embroidered by my mother, the lace is also made by her. The costume is called Pistansky, after a particular Slovakian region. My mother made it in 1918, for the occasion of celebrations of the founding of Czechoslovakia. She wore it for the celebratory parades, where one could encounter folk costumes from across the republic. These celebrations mainly took place in Prague. In 1938 I also put on the costume. This time it was to celebrate “Slet” the gathering of Sokol, which used to take place every 6 years in Prague. It was not long before the beginning of the second world war. The atmosphere of that time was unforgettable, genial and patriotic.

My mother put on the dress for the celebration of the end of the first world war, I just before the start of the second. I hope that in 2015 my great granddaughter put it on to bring good fortune, and no more wars.” 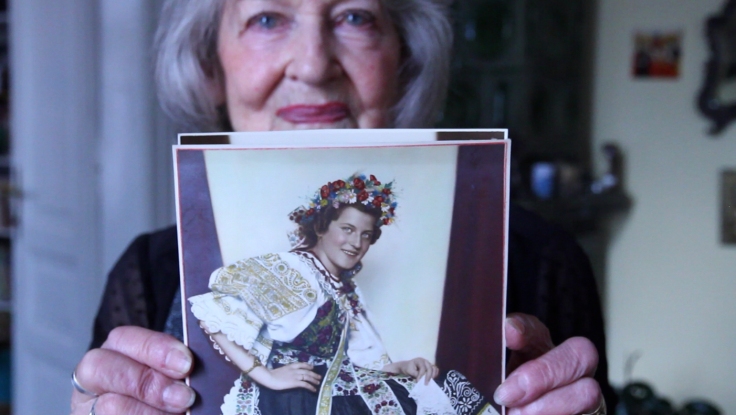 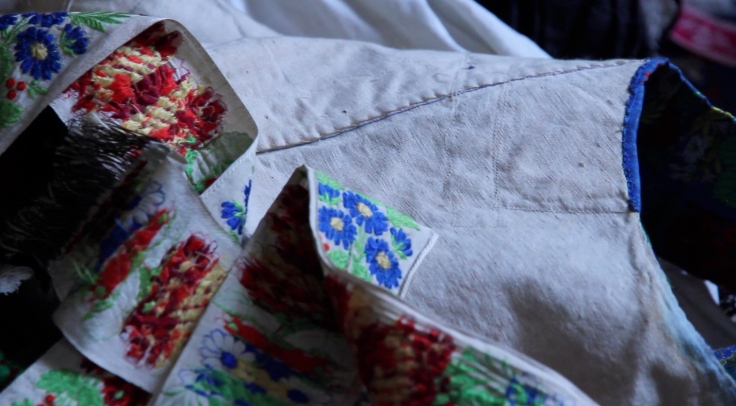 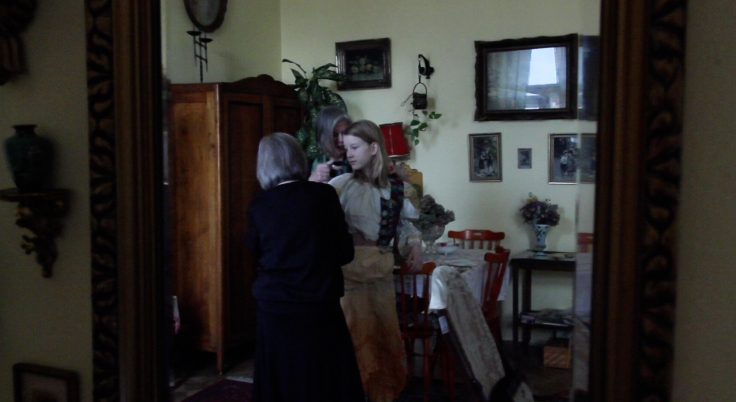 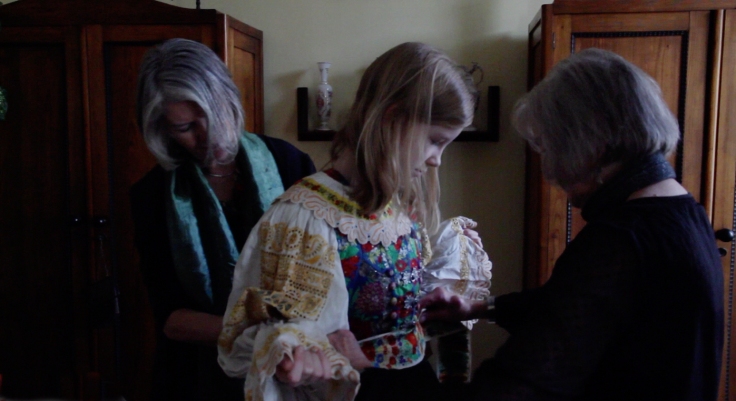 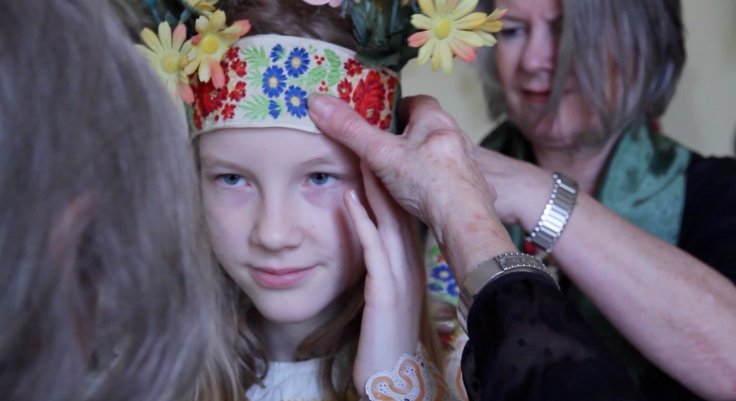 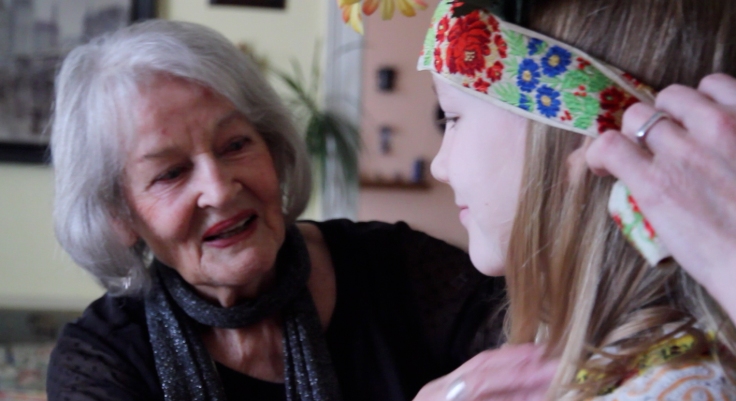 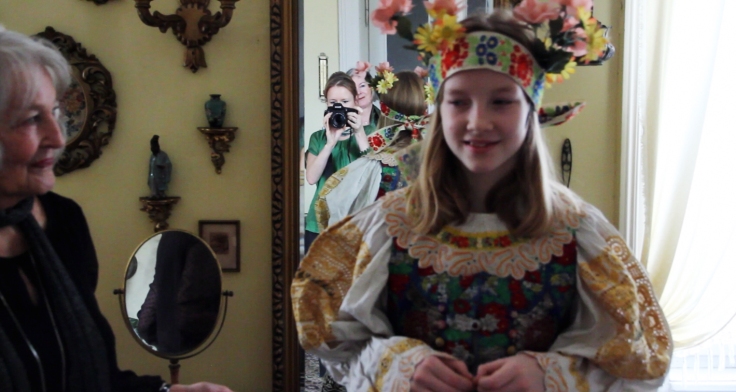 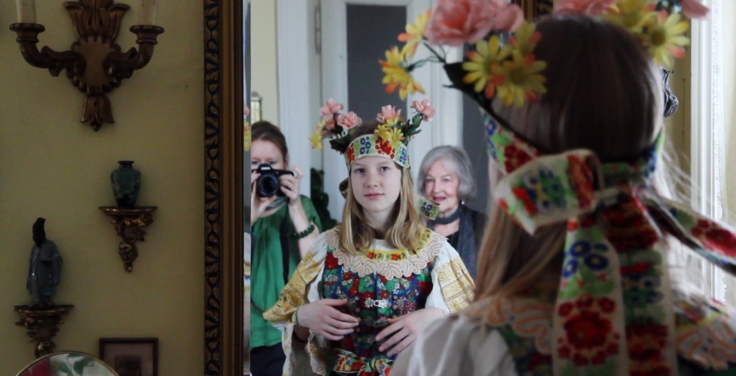 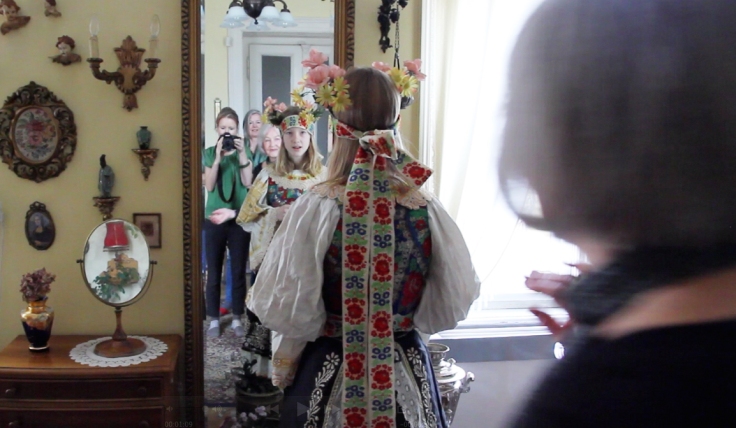 With my grandmother, mother and daughter, Prague 2015