I just returned from intense two weeks in Prague, working on a large collaborative, immersive installation called Blue Hour. Blue Hour was part of 36Q which itself happened within the Prague Quadrennial festival.

The project, based on intensive team work that brought together experienced artists with emerging designers to collaboratively create, was led renowned French visual new media artist Romain Tardy.  The curatorial team sought to experiment with the shifting boundaries between the “non-material” or “virtual” and the “real” world, to explore the capacity of performance design to enlist technology in cultural production.

I have been invited by Marketa Fantova, the PQ artistic director, to be in charge of tactile environment.

Romain Tardy provided the overall form for our playground – an ice hockey hall converted into a moonscape, containing 36 “pools” distributed evenly across the floor, between two large towers made of scaffolding, on which projection and light were to “perform”. 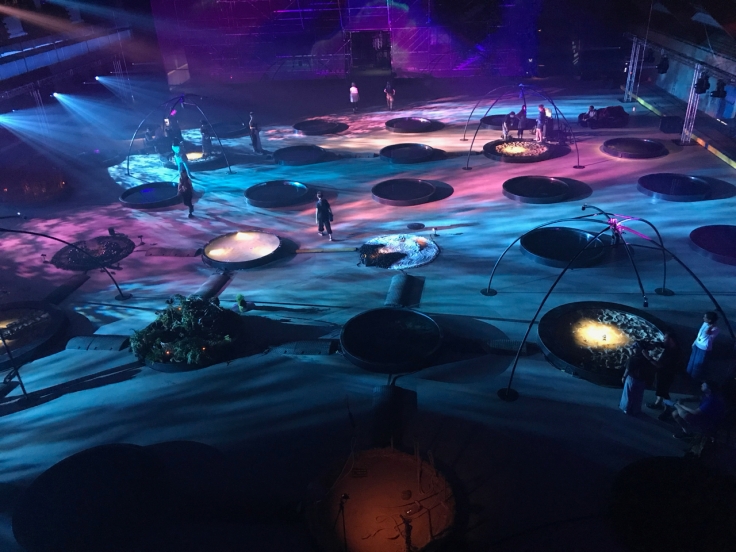 Almost straight away, my intention has been to work with natural and found materials, to bring the external landscape into the interior space defined by technology. The idea was to offer contrast to this high tech world, by grounding the audience in the familiar world of natural matter, with all its richness of texture and scent. It was a way of reframing nature, so that we can experience it almost as a subversive element within the man made environment of concrete and plastic.

In fact, I was imagining a kind of archeological site, with areas exposed to reveal layers of buried history (or the unconscious). It was only later on, once the exhibition was open and I was filming it, when it struck me that these felt more like little islands floating in the sea of concrete…perhaps what has remained after some global catastrophe (but I am jumping ahead here).

For my work group, which I called Tangible Territory Team (TT team), after the title of my PhD thesis, I selected 11 participants from across the world, whose specialisation varied from architecture, product design, to set design, choreography, dance and even poetry.

I have decided to create a sub-narrative to the overall concept of Blue Hour. My concept was based on story of Iris by Hermann Hesse, about a boy called Anselm, who lived his childhood in an intimate relationship with nature but later lost his connection through too much reliance on the intellect and spent years trying to return to the more pure way of experiencing. I wanted to conceive of the tangible territory within Blue Hour as miniature landscapes, inviting people to rediscover their childhood playfulness, instigated by proximity senses, such as touch and smell. Beyond Anselm, I also considered Gaston Bachelard’s Poetics of Space, in particular his chapter on miniature, as well as the poetry of drawers, corners and shells.

I wanted to invite participants on a journey of tuning and opening their senses, to arrive at a place in time, where everything gains new intensity, akin to an early childhood perception of wonder at the natural world.

Concept of miniature and its relationship to imagination:

“The botanist’s magnifying glass is youth recaptured. It gives him back the enlarging gaze of a child. With this glass in his hand he returns to the garden :”where children see enlarged”.” (Bachelard)

My idea was to  embrace the “limitation” of size, in a true Bachelardian spirit, and invite people to “shrink”, by growing their powers of imagination.

The moment of initiation happened within a TACTILE SPIRAL, where I invited people to focus their attention through touch and smell, a micro journey ending in a spiral of a shell, which could be picked up, felt and listened to.

As another loose framework I also decided to use 4 stages of Alchemy for 4 of our pools, to mirror the 4 phases of the overall time-based narrative of Blue Hour, but in terms of space. The idea was to focus on materials as external manifestation of inner processes. I wanted to explore contrast and ideas of Marinetti’s scale of tactile values, offering participants materials and textures to compare and feel.

Below some brief notes on the thinking process as well as details of the resulting outcome.

Whitening, washing away of impurities, Illumination
The subject is divided into two opposing principles
JUNG: spiritualisation of the body.
Colour: white/black?
Emotion/movement/sensation: tension of opposites, awakening, purification
Design: Division of space into contrasting textures, perhaps quarters, each one containing a material.
Materials suggestions: salt, pepper, feathers, chalk…
Smell: sage, lavender?
Centre: what will be there? Perhaps some of the crystal experiments growing or other sculptural pieces. 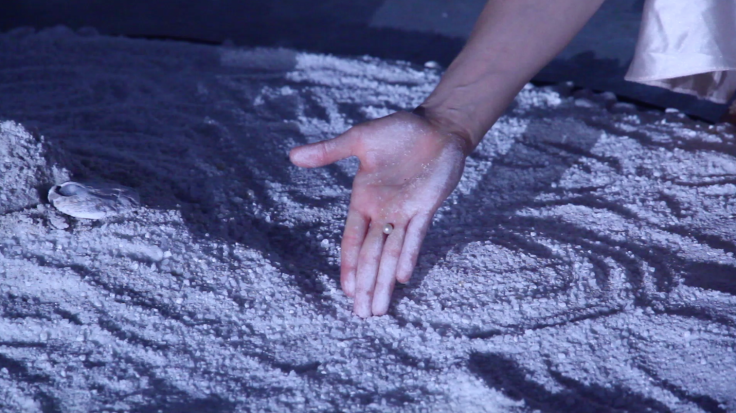 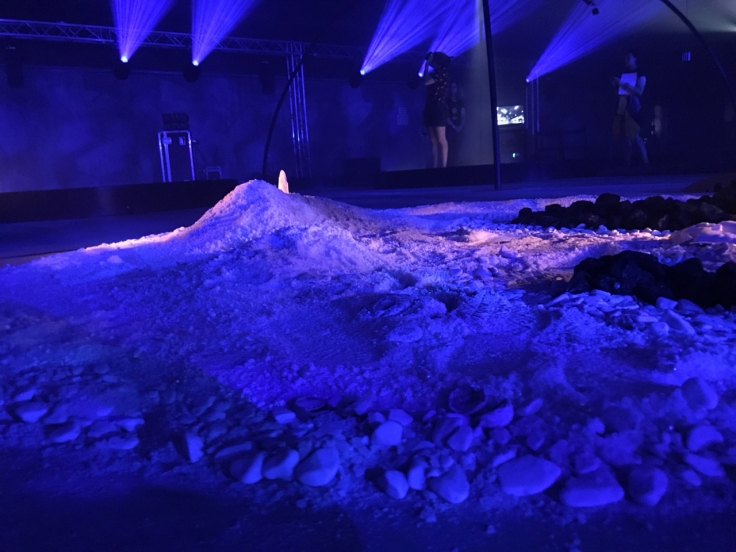 CITRINITAS
Threshold space, Drawing of solar light
Colour: yellow
Emotion/movement/sensation: energising, active, participative, transformative
Design: perhaps this could be a shifting space, where design changes through people’s interactions. Something akin to making Japanese zen gardens, where stones are distributed in space, and between them different patterns are drawn with special rake. One is able to participate by drawing patterns. There could also be a rope shaped in a labyrinthine path, hidden below the surface, so that people can trace the path with touch.
Materials: yellow sand.
Centre: perhaps hay? 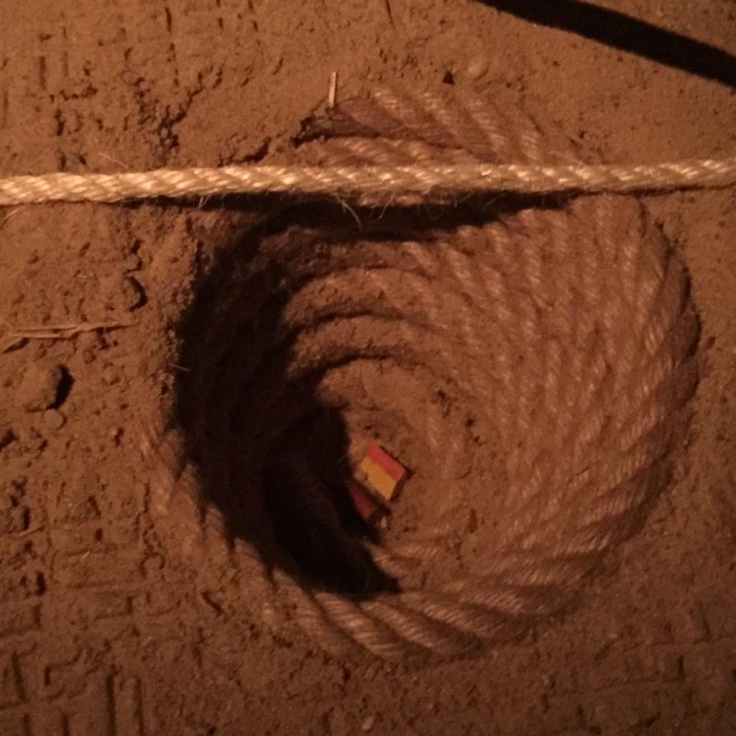 Emotion/movement/sensation:  Wholeness, peace, tranquillity, mystery, lying down
Materials: fabric, soft to touch, with various shapes, openings for people to put their hands into and feel different textures.
People are invited to sit, to lie down, explore, play. 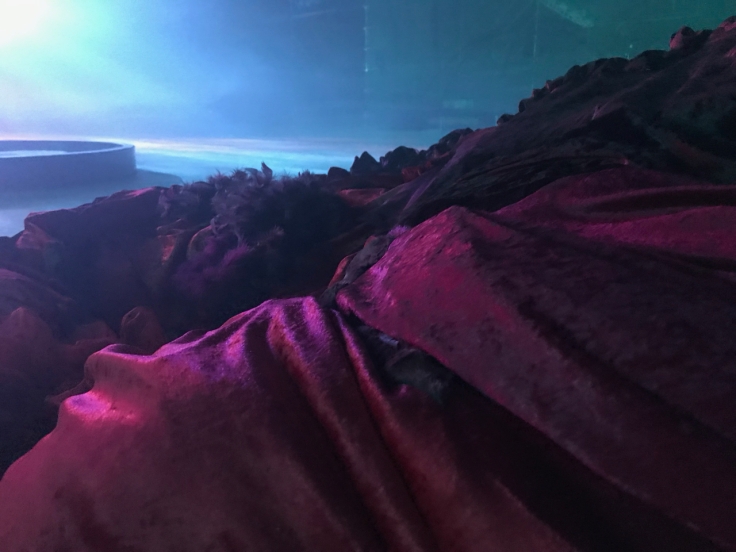 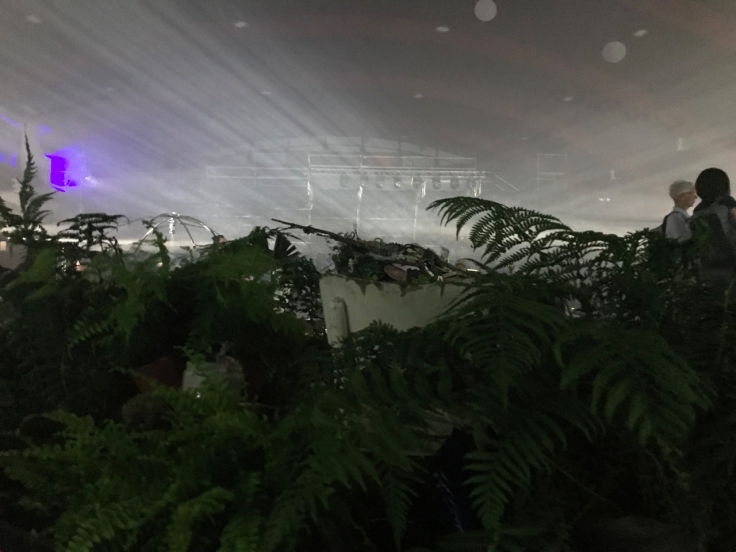 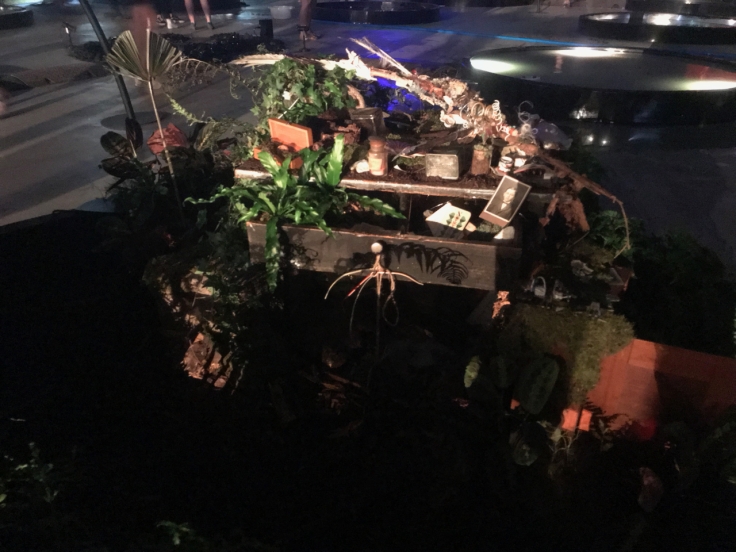 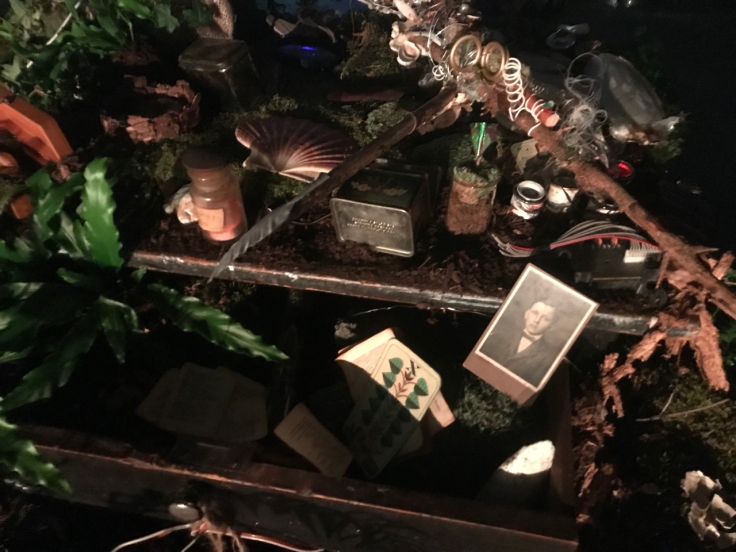 SENSORY TOOLBOX
I also decided we would create a sensory toolbox of simple analogue/surreal tools, in order to alter, augment, one’s perception of the existing environment/space. This included tools for all the senses (touch, vision, hearing, etc.), but also movement, kinaesthesia etc. as well as playful miniature versions of the larger spaces. 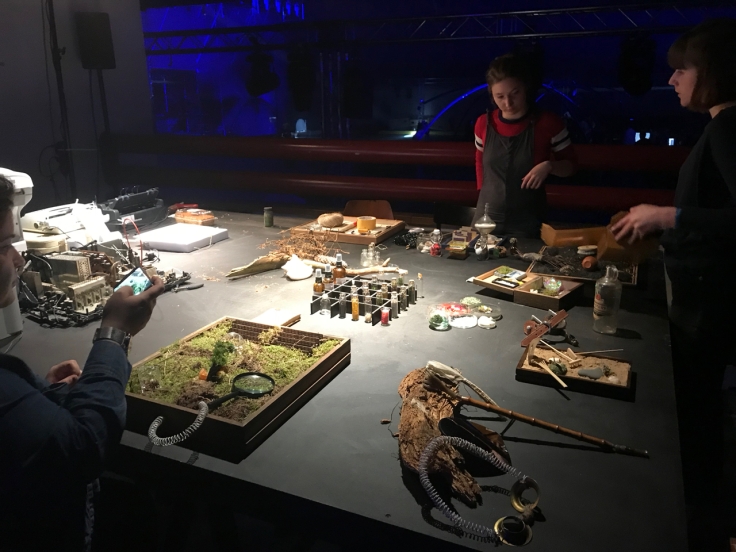 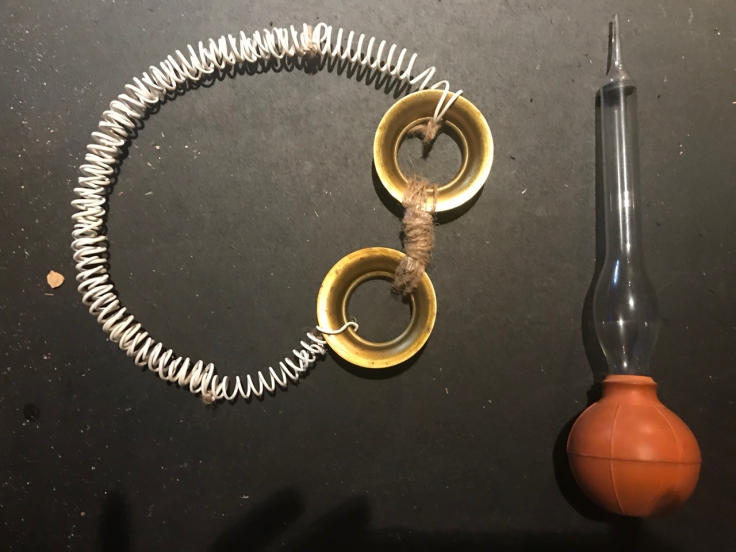 To conclude this first post, here is a picture of my TT team in Prague:

The NEXT POST on TANGIBLE TERRITORY within BLUE HOUR will discuss some of the resulting experience and reflection on it, once these inner worlds have been built and people invited to experience them, including the creative input of 3 performers/sensory guides, who animated the micro as well as macro landscapes, inspiring others to engage with the space not only with their eyes, but also their whole bodies.